A firm advocate of dance-floor ready house and techno, Danish producer Christian Nielsen is one of the most interesting artists to appear on the radar for some time. Whilst his previous releases on “8Bit,” “Play It Down” and most recently “Noir” all show different sonic styles, there is still that trademark sound that shines out from all of his music. His brilliant use of vocals to craft a song, while producing something that will fill a dance floor is masterful. Be sure to check out his latest release “Treading Water” that just dropped and is available on Beatport.

SunCity Paradise: Currently based in Copenhagen, Denmark, describe the city and its atmosphere a bit. What’s one aspect that really stands out to you and makes it special? Also, what’s one sight you would suggest a first-time visitor to see when they’re in town?

Christian Nielsen: First thing to know about Copenhagen is that it’s a really small and compact capital, so it’s very easy to get around really quickly. For a first-time visitor, you can see loads of sites in a pretty short amount of time. The first thing you will notice coming to Copenhagen is the amazing architecture. It’s a mix of old buildings and high end architecture. Lots of the buildings in Copenhagen are protected, so a large amount of government money is used maintaining the original look. The atmosphere is very cozy and so are the Danish people, even though they can come across a bit reserved sometimes. Another thing is that most Danes can speak English pretty good. You will find them very helpful when you’re in need. 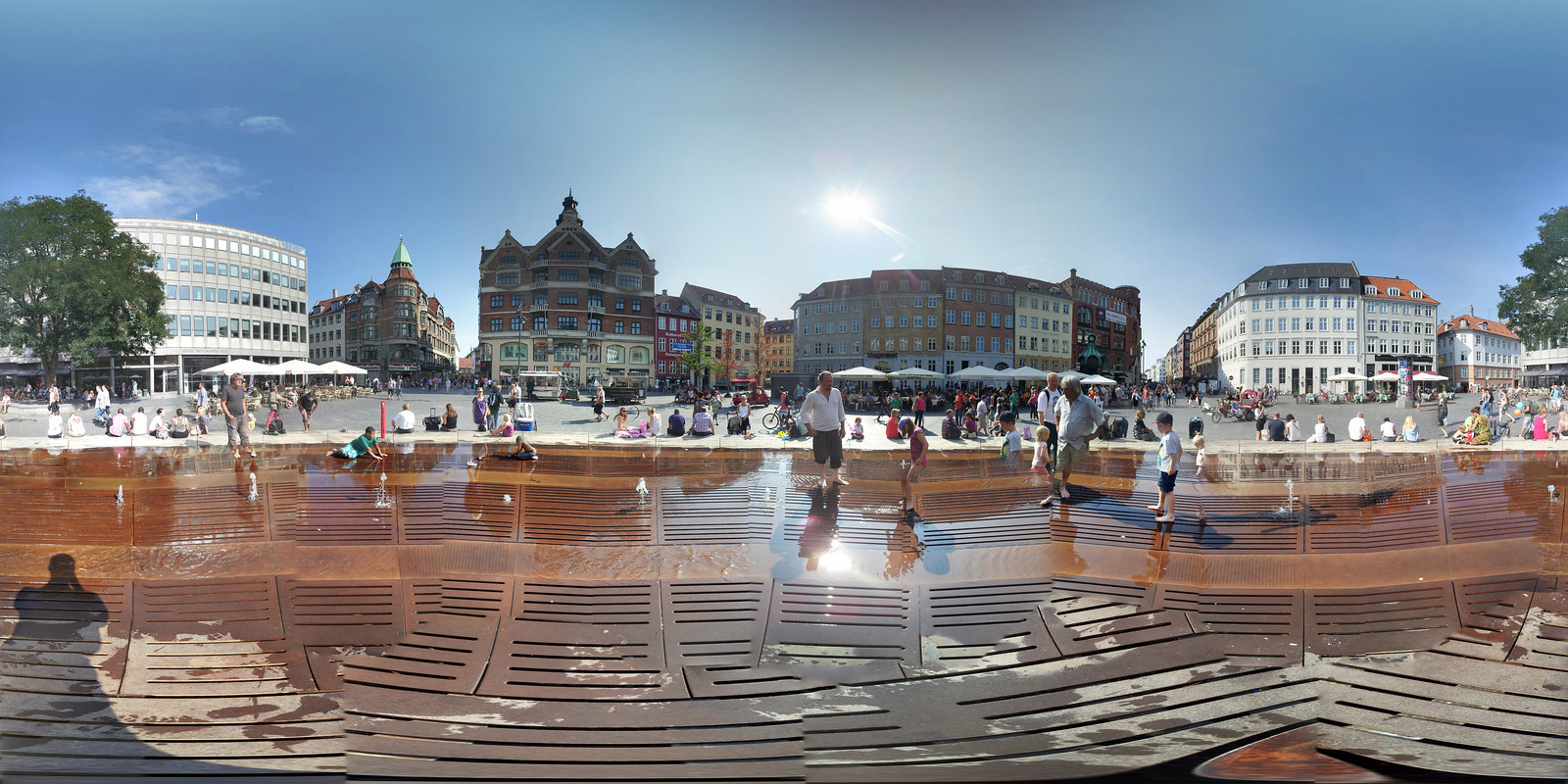 I think I would start recommending the obvious places. Tivoli amusement park in the center of Copenhagen is really amazing, and also one of the oldest amusement parks in the world. You have to see the little mermaid too. She might not be that big, but I find her quite charming. During the summer go visit Christiania to take a walk in there and enjoy the creative buildings, and [its] vibe. Also, check out Amalienborg and wave to our queen!

SCP: What was your first real introduction to music? How did you get your initial inspiration? When did you know this is what you wanted to do with your life?

CN: Music has always been a large part of my life. My father is a music connoisseur and my brother is a musician, so growing up I was always introduced to new music and music creation. I went to piano lessons as a kid too, but to be honest I don’t think anyone in my family saw me becoming a musician, I was more focused on sports.

It wasn’t until I turned 20 I started going out a lot and found myself DJing at a small bar in Copenhagen, hanging out with other DJs and going to underground parties. For some reason it sparked something in me, and I felt the need to be a part of it in some way. By coincidence I started making some beats on my Mac. One thing led to another and I started signing music.

I think the first time I signed a track was the moment I realized that this is what I wanted to do. It’s just being part of something way bigger than myself and also being able to contribute and inspire others.

SCP: How does music and travel complement and go hand-in-hand with each other?

CN: Most of the time I travel alone to gigs. It can get really lonely and it’s boring to be honest. Time goes really slow when you’re just waiting for a connecting flight. That’s where music comes in really handy. Normally I try and spend the waiting time on producing new songs, and when I need a break from that, I turn on my iTunes. I have a playlist just for travelling which consists of jazz and classical music. It keeps me relaxed and prevents me from getting angry with [crappy] airlines.

SCP: When searching for a personal getaway, are you looking for a serene beach or after a more active, adventurous getaway? Why?

CN: Serene beach 100%. My last vacation, my family and I took a trip to Koh Lipe, Thailand which was amazing. The next vacation is going to be something like that again. My girlfriend has mentioned Mexico, but let’s see what happens.

SCP: One of our core objectives at SCP is to bring people together while traveling, not only to influence people to see and appreciate our beautiful world, but to also minimize cross-cultural divides. What effect does traveling, specifically surrounding dance music, have on humans in this regard? How has it broadened your perspective of the world?

CN: The last two years I’ve been travelling to places I’ve never been to. Not necessarily exotic places, but places with loads of culture and history. One thing I’ve learned is that every place has its charm and reason. It really does change the way you look at the world. You realize that the world may seem small, but it’s really not. For me, just going to Berlin, which is an hour away in a plane, things are so different — the vibe, the people and just the way things work. If you go to the southern part of Germany it’s even more different, and it’s the same country! Even though I normally don’t get to spend that much time in each country/city, the people you meet really does give you a pretty good perspective on what their world looks like.

I feel it’s pretty important to get out of your country once in a while for whatever reason it might be. Hell, it should be mandatory in public schools that children have to travel at least once in their lives. AT LEAST!

SCP: Everyone has a list of places that they still have to hit. What are three destinations, either for work or pleasure, that you need to see? Why?

CN: First place would be New York. I’ve been to the [United States] a few times, but never to New York, and it’s killing me. Every time I see pictures or movies from New York I feel like jumping on a plane. Second place would be Australia. I would love to take a longer trip to Australia and really check out all the good spots. A month would be enough I reckon. Japan is the last spot! I love Asia in general, but Japan has always been very interesting to me. The culture and history is so rich and I want a piece of it. Plus, I love Japanese inspired tattoos.

SCP: Most destinations have a festival that they’re known for, whether it’s MardiGras in New Orleans or Oktoberfest in Munich. Which one would you choose to attend? Why?

CN: Music-wise I can’t really say. The last couple of years, festivals have been popping up all around Europe and they all look amazing. But, I think I would love to try Glastonbury. The names they pull in in all genres are amazing, and the Brits know how to party! Non-music festival would be La Tomatina in Bunol, Spain. Ever since I was a kid I’ve wanted to go there for the tomato-throwing festival. I looks really fun!

SCP: What is the most beautiful outdoor location that you’ve played at? How did the beauty add to the music?

CN: That would have to be the Distortion Festival in Copenhagen this year. I was playing at a street party near the meat packing district, and it was just amazing to see so many people dancing in the middle of our old city.

SCP: When you’re relaxing on a beach, or just have some down time, are you listening to dance music? Or do you like to switch up the tunes? If so, to what?

CN: I prefer no music at all when I’m relaxing on a beach. When I hear music I really want to listen to it intensively. I want to hear the different layers, the production, the feeling and the whole concept of the song. That’s not relaxing in my book. Music for me is intense. When relaxing I tend to prefer silence or having the TV on tuned into some news.

SCP: Lastly, when’s the next vacation and where to?

CN: Yeah, so I think the next vacation for me and my family is going to be either Mexico for some beach relaxation, or perhaps Kuala Lumpur to visit some family.

For more on Christian Nielsen find his new EP “Treading Water” on Beatport:

Lavish digs and delectable restaurants line this Vegas staple, and with nightlife in every direction, you can't go wrong staying here.

A value property that packs a punch, this oceanfront property on the Caribbean Sea will immerse travelers in the local culture.

Past the upscale decor and modern vibe, Cirque de Soleil can be experienced here. Vegas anyone?

Set beachfront, with a picturesque desert backdrop, resides this beautiful property, a sure-fire hit for any vacation.

What Does Traveling Mean to You?

The question "what does traveling mean to you?," means something different for everyone. Whether it's going somewhere new that is only two-hours ...

How does traveling change you?

Whether you are driving a few states away, or flying across the globe, there's no greater anticipation then that which comes from packing your bags ...